Engraver of Switchplates, Master of Lasers, Etcher of Words

Engraver of Switchplates! Master of Lasers. Etcher of Words.

Though he began small, he built a kingdom around him. From one small table, he grew to a room, then to a suite, an office, an entire building! As his domain grew, so did his renown, and others began to seek him out. They came to him with humble requests, asking to have outlets and receptacle covers engraved, and the Engraver marked them all. His deeds became legendary, spoken of across the land. Join the legend! Fill out the RFQ form to submit your information, and receive your quote. Soon you will never again have to suffer from blank and unlabeled switchplates and outlet covers. Let his laser go to work for you, and experience the majesty and power of the Engraver of Switchplates!

Check out our parent company, LaserEngravingPros.com!

Know the Glory of the Engraver of Switchplates!

Got A Project? Fill Out This Quick RFQ Form – OR – Email Us Directly! 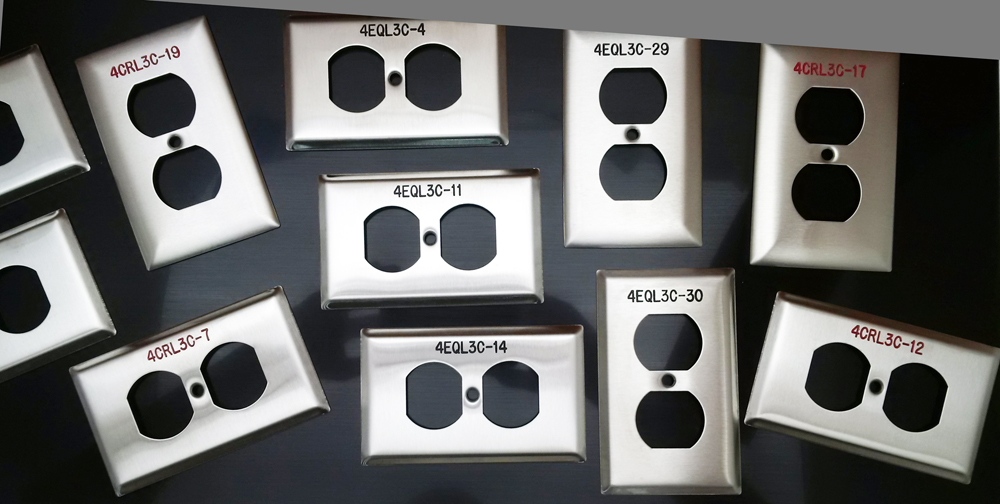 Engraving & filling electrical plates is a practical solution to your professional or personal needs. Over the years we have acquired many different laser machines – some small, some HUGE. We can engrave on virtually Read more…

EngravedSwitchplatesNow is a strong team in the USA that consistently provides high-quality, professional services while having fun. We provide individuals, electricians, construction contractors, etc. with engraved plastic switchplates and various other engraving & laser cutting Read more…

We Produce Engraved Receptacle and Switch Plates! EngravedSwitchplatesNow is a powerful team in the USA that consistently provides high-quality, professional services while having fun. We provide individuals, electricians, construction contractors, etc. with engraved receptacle and Read more…